The reality of Che Guevara 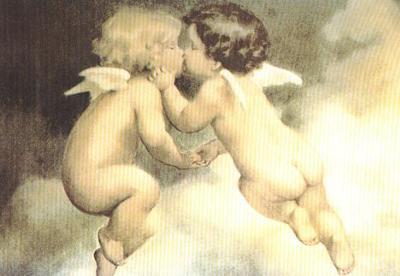 Colleagues, I write to inform you that CHE has appeared in Spirit to deliver PROOFS that this reality is not what many people assume. He spoke of a reference in the King James Bible at Book of Matthew : Chapter 21 - verse 19 : when CHRIST touches the FIG TREE and it withers as God take a new power in control. He explained that the Bible is a Book of Secrets and that FIG TREE in Spanish - his native language - is HIGUERA. He explains this as how the Electric Power of God can work is needed - He can move land and mountain. He explained that he came as the Christ they all wanted - and as was FOREWARNED OF in the bible - he was targeted by traitors and cowards. Life on earth has been following all biblical predictions since then through revelations - even to Diana and the downfall of Good lives in the hands of world Bankers. He explained Deja vu as a reminder to us that TIME is a REALITY of controls which we failed to understand : Time is a magnetic system - as a secret - which does keep a control - for a bigger purpose. He opened this word in English to show Christ Secret :

HEARTACHE - open : HE-ART-A-CHE as one sign. Che as Christ was already appearing to South American tribes before he was born - they knew him as Che-Zus - a Man who appeared to help them retain their own Spirituality as Missionaries started to flood the area trying to - change their lives. He stated he was only passing through as Che - another destiny was preplanned - he states it will become more obvious.
The truth of his real betrayal will also be known. His curse is real.
He cared for the Good Peoples of the World - in fury at how they were being used and abused. So, from everything he has told me and shown me - I have no doubts -he lives and is still real. Thankyou for keeping his Memory alive in respects. It is very tragic when people contempt him - his effort was absolute - and if we are to be honest - he was handsome and clever enougbh to have gone off and been a FILM STAR if he had chosen the selfish route through his last life. They all forget that. He was Love. He was genuine. Your efforts to respect him will be rewarded. Eve Guevara-Sansom - London.
email : theatre_exodus@mail2joseph.com or ceviveguevara@fastmail.fm