The 5 Top Tourist Attractions in Bolivia 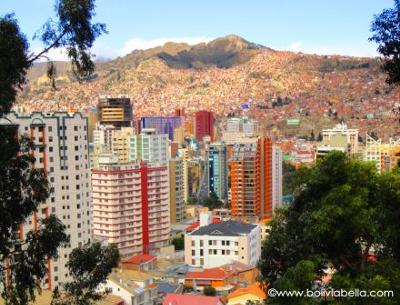 Recently we were asked "What are the Top 5 Tourist Attractions in Bolivia?" That's a really interesting question, and one that the Chambers of Tourism could probably respond to more precisely. We don't have official statistics about exactly how many tourists visit each tourist attraction in Bolivia; however, the following might be among the top five tourist attractions:


Salar de Uyuni - the Uyuni Salt Flats (also known as the Uyuni Salt Desert). This is located in the state of Potosí also a very popular tourist attraction in Bolivia because it is where silver was mined and minted for over 400 years and you can still visit the mines. Also, in the 1500's, it was thought to be the most populous city in the world.

Camino de la Muerte - the Road of Death (also known as the Most Dangerous Road in the World). This tour ends in the little jungle town of Coroico, also beautiful.

Carnaval de Oruro - Oruro Carnaval which takes place in February/March of each year. Oruro is called Bolivia's folklore capital. The carnaval is one of the most colorful in the Americas.

Tiwanaku, located very near the city of La Paz. These ruins of an ancient civilization might be what remains of one of the oldest cities on Earth.

Other very popular tourist attractions in Bolivia are:

Samaipata, a small town in the foothills of Santa Cruz known as the little Switzerland of the Andes. Here you can visit El Fuerte, the largest carved stone in the world, and ruins of an ancient civilization the origins of which are unknown.

Jesuit Missions in north-central Santa Cruz are a series of small towns, hundreds of years old, established by Jesuit Missionaries from Spain during the Colonial period. The Jesuits taught the natives to play European Renaissance baroque music, art, and agriculture. Throughout South America, most of these are now ruins but in Bolivia they are living, thriving towns.

Amboro National Park and Noel Kempff Mercado National Park are among the most popular tourist attractions because Bolivia is considered one of the top 10 most biodiverse countries in the world, meaning more plant and animal species are found in Bolivia than almost anywhere else on the planet.

La Paz and Sucre (the capital of Bolivia) are probably the two most visited Bolivian cities but Santa Cruz is the largest and Tarija is fast becoming a very popular tourist destination as well. You can click here to read more about the Top 10 Major Cities of Bolivia.

What's your favorite tourist attraction in Bolivia?
You can add your thoughts and photos to our list.