Santa Cruz has lost her self-esteem 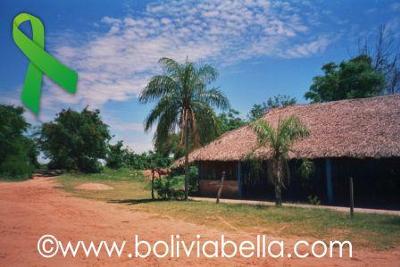 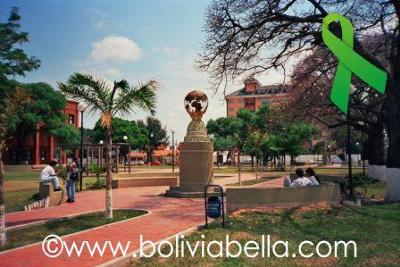 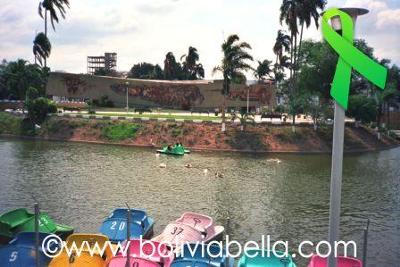 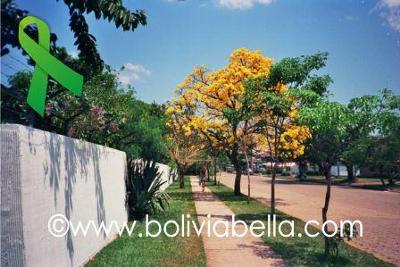 ESPAÑOL I visited Santa Cruz for the first time when I was about 9 or 10 years old. At the time, what is now Bolivia's most populous city was a small town with most of its homes still concentrated within the first ring (the downtown area known as the Casco Viejo, or historic center of the city). The largest market area was 7 Calles and a lazy Sunday walk from there to the Parque Arenal, the city's first park, took 15 minutes including a stop at a corner near the central plaza to buy freshly squeezed juice from a lady who could strip the peel off an orange all in one piece. The second ring was just a red dirt road lined with "pulperías" (little family stores) where you could buy things like hand-made chinelas (flip-flops), pacumutos (shish kabobs) and cuadernos (notebooks) all in one place.


I have this one distinct memory (in about 1978) of sipping the milk from freshly opened coconuts my mom had bought for us at a little tienda on the corner near today's Parque Urbano as we waited in the hot, sandy air for my uncle to pick us up in his jeep so we could drive out to his "distant" house. Back then the dirt streets were so rutty you needed a 4-wheel drive vehicle like his to get to the neighborhood now known as Hamacas or to the American school in Las Palmas, which at the time was surrounded by fields. Sundays were spent at the Piraí River where we'd splash across the wide expanse of water that was never more than knee deep. After a swim we'd buy some cuñapés and a coke and walk around the Botanical Garden which a few years later was completely destroyed by a flood.

Santa Cruz was always dirty. But back then the word "dirty" meant "sandy". With few neighborhoods or buildings to block the wind, the sand from the Piraí River would blow all the way into Equipetrol and beyond. There was very little, if any trash on the streets. Mostly you'd see sand, dried palm fronds or ambaibo leaves blown into piles along the street curb. In the markets, the vendors always had a broom in their hands so as to keep the area around their stalls clean for their customers. Back then, no one liked to be around anything or anyone "cuchuqui" (untidy, unkempt). A morning ritual at almost all homes involved getting up early to sweep the sidewalk in front of the house. People didn't throw their trash in the streets "to create a job for a street sweeper" as one young man told me last month when I asked him why he'd just thrown his plastic cup on the curb when there was a trash can 2 yards away.

Cambas (citizens of Santa Cruz) loved their city and were very hospitable and eager to show foreigners around. As a teenager (1984) I was given many a tour of the historic center by kids (OK, mostly flirty boys) my age who could rattle off the history of their city or tried to impress me with its many colorful camba legends. Cruceños loved their trees and wildlife too. If you were obviously foreign and took a walk around the central plaza, someone would inevitably ask "jew espik eenleesh??" Then they'd rush to show you one of the numerous sloths that lived in the trees overhead or point at the sky as a huge green cloud (translated as "thousands of green parrots") floated loudly by overhead. People knew the names of the trees (tajibo, gallito, ambaibo, etc.) and the flowers, and the birds and insects, which today can no longer be seen on the city's cement surfaces.

Cruceños, who were (and often still are) referred to as lazy or backward by the inhabitants of Bolivia's "real" cities, were proud of their town. They clung to, and showed interest in, preserving their traditions. Even if they were "yesca" (broke) there was somehow always a "pachanga" (party) going on somewhere and you didn't need a lot of money to join in. Getting invited was easy since everyone knew practically everyone else and everybody brought something to get it going.

Back then no one expected somebody else to do things for them. When something had to be done it was simply "manos a la obra y listo" (just do it and voilá, it's done). I guess cruceños got tired over the course of 300 years, of waiting for the various national governments to invest in their region. So they made up for it by becoming experts in attracting foreign investment or investing in, and building up, their city themselves.

They took what they knew a lot about (cattle ranching and agriculture) and turned Santa Cruz into the provider of over 60% of the nation's food supply. They formed the world's largest water cooperative, Saguapac, and today Santa Cruz, according to recent analyses, has the cleanest water in South America. In a region known for its jatata (palm frond) roofs which easily burned down when candles were left unattended, they formed an electricity cooperative, CRE, now recognized by numerous international organizations for its management. Then they formed COTAS, the phone cooperative. In a cooperative, each user owns a share of the company. Their children benefit from health or life insurance, university scholarships, and other types of benefits paid for by the collective pool of users.

By the time I moved here permanently (in 1997) Santa Cruz had become the nation's economic engine. Foreign companies were pouring in from all over the world. Santa Cruz became known for its annual agricultural and industrial expo, Fexpocruz, which attracts about half a million visitors over a 10-day period in September. Over the past 10 years annual expos of all kinds had been organized to showcase the city's many growing industries: fashion and design, books and publishing, forestry, construction and interior design, cuisine, agriculture, and many others. Its many chambers and universities bring in hundreds of experts and trainers and speakers throughout the year. People used to say "No hay peor cosa que la que no se hace" (there is no worse thing than that which is left undone).

Santa Cruz, it turns out, was a pretty interesting city after all and Bolivians and foreigners began to arrive from all corners of the globe. The city, whose population has doubled in the past 20 years, is now struggling to keep up with its unstoppable growth. Everyone needs schools, hospitals, paved streets, electricity, sewer systems, water and plumbing, libraries, public transportation, school breakfasts, and other basic services. Everyone wants a piece of land and a home. Everyone wants everything, and everyone wants someone else to provide it for them. Since when did "las autoridades" (the authorities) become responsible for everything and citizens responsible for nothing?

Over just the past 7-8 years time I've watched this once-quiet and pleasant city of friendly, helpful neighbors and creative, resourceful people rapidly turn into a loud, bustling city filled with protests and demands, accusations and complaints, trash on the streets, filthy markets everywhere anyone pleases, selfish careless drivers, traffic-choked roads and smog-filled skies, loud disrespectful party-goers who don't mind waking half the city at 3 in the morning. Respect, self-reliance and dignity have been replaced by anger, disrespect, demands and disdain.

It saddens me beyond words to see that those who inhabit Santa Cruz today feel no pride in their city, nor joy in taking care of her, nor satisfaction in working hard to help her grow. Santa Cruz has lost her self-esteem. When did loving her become unimportant?