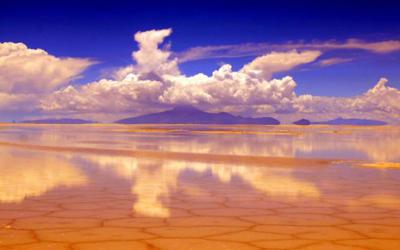 Dear Sirs, I would like to inform you about a very negative experience my girlfriend and I had on a tour operated by Sol de Manana which was sold to us by Yan's tourism travel agency in La Paz, Bolivia.


We booked a three-day Salar de Uyuni tour in early September and we booked it in La Paz with Yan's tourism travel agency, who in turn works with the tour operator Sol de Manana.

We paid BOB 800 each for this tour and we booked a 4x4 jeep with four other people. We made a very unfortunate experience with the travel agent (Yan's) in La Paz as well as the tour operator (Sol de Manana) in Uyuni.

The travel agent in La Paz misinformed us about the fact that we could only take one big backpack and about sufficient water being provided on the tour (on the evening of day 1 we had to share a bottle of 2 liters between the six of us as an example).

Edith Carlo, who is in charge of the Sol de Manana office in Uyuni, did not come to pick us up at the bus stop when we arrive there, even though this had been promised. She also regularly leaves the office unlocked and unattended, which is where we had to leave one of our large backpacks for the duration of the tour. We found this to be rather disconcerting.

The driver, Franco, who was also our guide, was very rude to us, particularly on the morning of the second day, and he drank while driving, as quite a few of the drivers apparently do.

On the second day just after breakfast at 8.35 AM we were five minutes late because we were finishing packing when he came into our room and started telling us off and shouting at us for several minutes for being late and for making the other group members wait.

When I told him that we would be there in two minutes and asked him to leave, he would not leave us alone and threatened us that he would leave us at the hostel.

We informed him that we would make a complaint about him, which finally made him leave our room.

He then refused to put our bags on top of the jeep and told us we had to put them inside the car, which was not really possible due to the lack of space.

We both found this behaviour completely unacceptable, particularly because he was over 20 minutes late the following morning at 6 AM, which caused us to miss the sunrise at the geysers.

Needless to say, while the landscapes were truly spectacular and we felt like we were on a different planet, neither my girlfriend nor I could fully enjoy the trip after this incident.

Furthermore, we spent two of the three days in the back of the jeep, where the seats are very small and uncomfortable and not suitable for anyone above 1.75m (5ft10). Unfortunately both my girlfriend and I are taller than that and the group as a whole was quite tall.

When we went back to Yan's travel agency the following day to explain our situation, the lady working there refused to help us, give us her name, let us speak to her manager or give us a refund of any kind, even though she had told another couple who we talked to and who also booked the tour with her that Franco the driver was mediocre, so this couldn't have been a complete surprise to her.

We cannot recommend Sol de Manana or Yan's tourism travel agency in any way and I hope you take this into account when you speak to your customers.
Best regards,
Olivier Schalbetter