Salar de Uyuni Bolivia: All about all that salt !!! 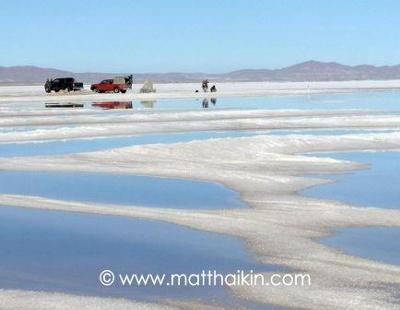 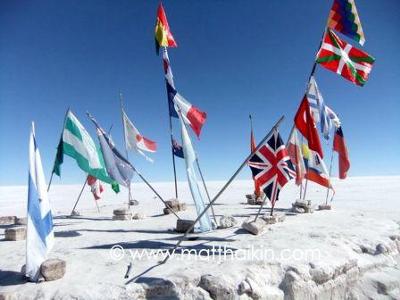 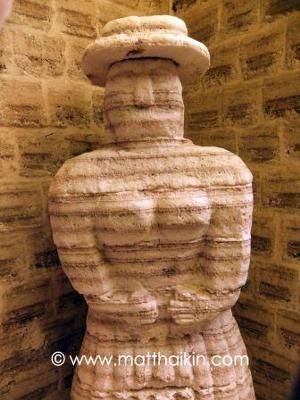 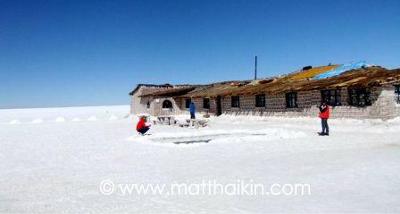 The largest deposit of salt on the planet: the Salar de Uyuni (Uyuni salt beds), contains over 64 million tons of salt according to some calculations and up to 10 billion tons by others! The sheer size of the salt flats of Uyuni Bolivia is just mind boggling. Located in the department (state) of Potosi, the salt bed covers 12,000 square kilometers (3 million acres or 3800 square miles) and is visible from space. It is the largest salt desert in the world. It's located 3650 meters (over 12,000 feet) above sea level on the Bolivian Altiplano, a wide highland region in the Andes Mountains that extends into Peru.


About 40,000 years ago, the area was covered by a lake called Lago Ballivián, which some people know as Lago Michín. When the lake dried up it left behind TWO salt flats: Uyuni and Coipasa, which is smaller. There are two remnants left from this lake, now forming two lakes: Lago Poopó and Lago Uru Uru.

Locals "harvest" over 25,000 tons per year, piling the salt into hundreds of cone-shaped mounds and then shoveling it by hand into trucks. The salt is sold in Bolivia and is also exported all over the world. It's grains are large and similar to sea salt. The salt flat itself is 120 meters thick (deep). Scientists indicate there are actually 11 layers of salt, each between 2 and 10 meters in depth.

The surface of the Uyuni salt desert is so flat that NASA uses it to calibrate its satellites. Many thanks to Matt Haikin for sharing his 2011 photos of Uyuni with us. Click here to read all about Salar de Uyuni.

Join in and write your own page! It's easy to do. How? Simply click here to return to Uyuni.