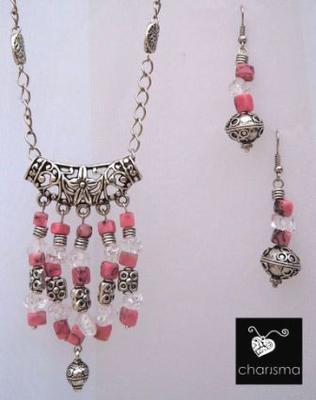 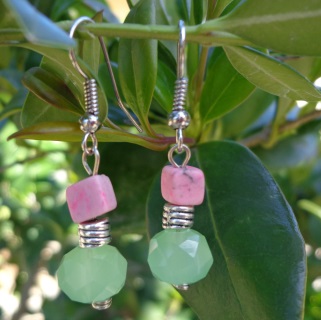 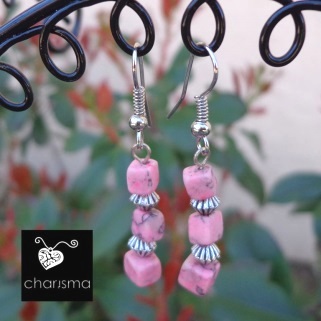 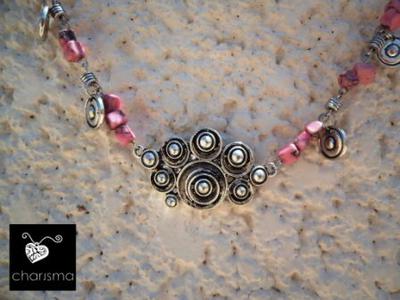 Rhodonite is an unusual pink stone with black manganese oxide veins, called dendrites, running through it. Its name stems from the Greek word “rhodos”, which means “rose”. To some, Rhodonite looks a bit like pink-colored turquoise. Rhodonite also occurs at times in a red so deep and beautiful, it is compared to rubies. This is the rarest of all Rhodonite rocks and therefore, the most valuable. In contrast, it can also be found in dull yellows, orange and brownish-red which are the least prized. In general, the more pink the stone, the better its quality. It is composed of manganese, iron, magnesium, calcium, and silicate and is considered an ornamental semi-precious stone.


In South America, Rhodonite is produced in Brazil and Peru. It has also been found in portions of Russia, Australia, Sweden, Finland, Madagascar, Northeastern USA, and several other countries. In 1979, it was named the Massachusetts state gem. The most famous deposits are found in Russia, where some of the Moscow subway system’s walls are covered in Rhodonite tiles. It was first found in Maloe Sidelnikovo, Russia where people call it the “orletz” which, in Russian, means “the eagle stone” because people noticed that eagles in the region often carried small pieces of Rhodonite to their nests. Soon after, the local inhabitants began the custom of placing small Rhodonite stones in their babies’ cradles as well.

By those who are superstitious, Rhodonite is believed to have a calming effect by dispelling anxiety, to increase one’s self-esteem and confidence, and to open the heart to finding love. Some believe it improves hearing loss and makes one more sensitive to sounds and to music. Still others believe Rhodonite will give its wearer the ability to learn languages more easily. It is a Scorpio birthstone.

The Rhodonite used in Charisma Bolivia jewelry is imported into Bolivia from the neighboring countries of Peru and Brazil.