by Charisma Bolivia
((Handmade in Bolivia - Ships from Fresno, California) ) 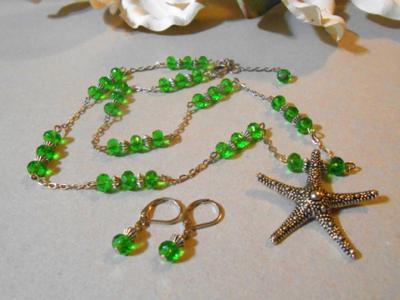 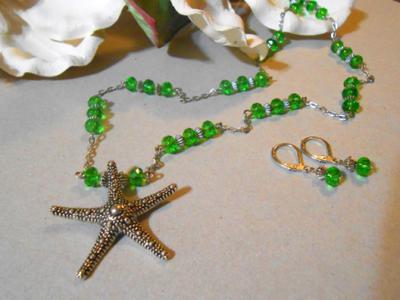 Peridot is a semi-precious gem that is making a comeback in jewelry. Said to be Cleopatra's favorite gemstone, it has been found in many pieces of ancient Egyptian jewelry. The Egyptians called it the 'gem of the sun'. During Cleopatra's time, peridot was mined on a small volcanic island called Zagargad (known in English as St. John's Island), in the Red Sea. This island was also commonly called Topazios, and because of this, many often confused peridot with another gem: topaz.


Peridot is mentioned in the Bible under the name 'pitdah' in Hebrew. During the Crusades, in the Medieval Era, peridot was introduced to Europe where it was used to make jewelry for royalty and the upper class, and to decorate altars in some Catholic churches. The best-known example of this is the Cathedral in Cologne, Germany where the green gemstones that adorn the Three Holy Kings were thought to be emeralds until it was discovered they are actually peridot. Napoleon is said to have declared his eternal love for Empress Josephine with a gift made of peridot gems. Today we know that it was often mistaken for emeralds and many European royal treasures are actually made of peridot. The ancient Romans, who were also fond of peridot, called it the 'emerald of the evening'.

Peridot then all but disappeared from the world markets until just recently when, in the 1990's a substantial deposit of high luster, high quality peridot was found over 4000 meters (13,000 feet) above sea level in the Kashmir region of Pakistan. It is the finest, most beautiful peridot ever found. Due to the altitude and weather conditions, it can be mined only in the summer months. Since then, smaller deposits of peridot have also been found in Myanmar and Vietnam, China, Kenya, Mexico, South Africa, Norway, Sri Lanka, Tanzania, and Brazil. The U.S. is currently the world's largest producer of peridot (San Carlos Apache Indian Reservation in Arizona), however, the finest peridot comes from the border region between Pakistan and Afghanistan.

Peridot has a stunning brilliance and, unlike other gems, its color does not change under artificial light. Also unlike other gems which may be found in varying colors, it is one of the only gemstones that comes in only one color: green. Chemically, peridot is made of iron, magnesium and silicate. It is the iron that gives peridot its green color and the shade of green in each stone will depend on the amount of iron present. This beautiful gemstone, also known as 'chrysolite' or 'olivine' can be found in shades as light as pistachio green and as dark as olive green with shades in between such as emerald green, apple green, acid green, and others. Thought of as a 'summer' stone in the fashion industry, it is also an August birthstone.

Interesting facts: The largest peridot cut gemstone was found on the Island of Zabargad. It weighs 319 carats and belongs to the Smithsonian Institution. In Russia there are several peridots that were cut from a meteorite that crashed in Siberia in 1749.

Peridot is an igneous gem. It is formed deep in the mantle of the earth and is brought to the surface by volcanic activity. It's green color is natural and not artificially enhanced. The more iron it contains, the deeper green it will be. It is not a hard stone and can scratch, chip or break if not treated carefully. Peridot jewelry should be stored separately in a cloth bag or fabric-lined box.

The peridot gemstones used in Charisma Bolivia jewelry are purchased in the U.S.A.

Charisma Bolivia jewelry is handcrafted by artisans in Santa Cruz, Bolivia. I then bring our collections back to the U.S.A. where I place them in our online store. I often also design and hand craft custom order jewelry pieces myself. All orders are mailed worldwide from California. I invite you to watch the slideshow below.