My Mistaken Mariachis - Just Another Something to Love About Bolivia 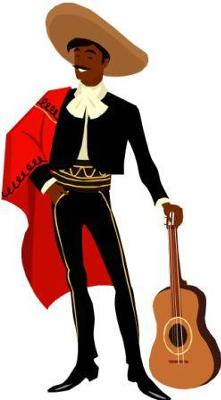 It's midnight Tuesday. A dozen very off-tune and extremely LOUD mariachis just showed up under my window. They're singing to the wrong person (probably meant for a neighbor but who am I to interrupt their lovely efforts... they'll realize soon enough on their own). The point is, they're loud enough to wake up everyone within a 3-block radius.


It's a common custom to hire mariachis to sing to someone at midnight on their birthday. Not that mariachis are Bolivian or anything. They're a strictly Mexican tradition that cruceños happen to have a adopted. They'll be here anywhere from half an hour to sunrise (this may depend a lot on whether or not they realize they're currently singing to the wrong apartment :-) Kids have school tomorrow, most of us have work, families with babies are rushing to pick up screaming kids from cribs right now, and if you're sick, well... you're just plumb out of luck.

Unlike in the U.S. and maybe a few other countries where the police would have been called within about 3.7 seconds, there will be no neighbors here running to their phones to dial 110 (our version of 911). Why? Because of a little thing called tolerance: your party today, mine tomorrow.

So although I am gradually going deaf, I occasionally approach my window to give my mistaken mariachi serenaders a little wave (my "you're-at-the-wrong-house-try-over-there-to-the-left" wave is being interpreted by them as "oh-gracias-gracias-please-continue.")

Yuh, they definitely think I'm the birthday girl so I'm kind of thinking "What the heck, might as well enjoy it, a little annoyance never killed anyone..."

Either way, at this volume it's going to be one of those "tu fiesta es mi fiesta" kind of nights...