Happy Trails: The Joys of Driving in Santa Cruz 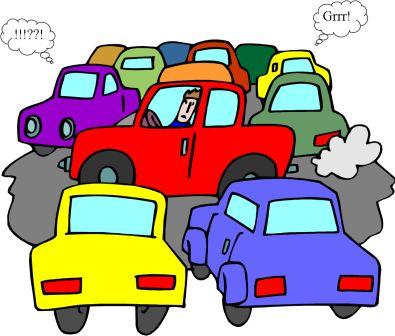 It's official. The votes are in and tallied, and the International Society of Highway Engineers has selected the place where Av. San Martin crosses the fourth ring as the world's worst-engineered traffic intersection.


This isn't true, of course. There is no such organization, or if there is it makes no such awards. And probably many alert readers no doubt immediately knew the announcement was made-up because they, personally, know several other intersections right here in Santa Cruz de la Sierra that are worse. What's more, they have many more complaints about driving in Santa Cruz than just the engineering of the roadways. We'll get to some of them in a moment.

But those disputing the entitlement of the Fourth Ring-San Martin intersection to such an honor may not taking all the facts into account. True, there are a number of intersections that, like the crossing of San Martin and the Fourth Ring, also have the new traffic lights positioned so that the first cars in each file can't see them because they are in front of the lights.

Drivers in front must wait to be alerted by the honking of the cars behind them to know that the light has turned green. Happily, this doesn't take long. Few motoring publics in the world are faster at hitting the horn than Cruceños. Traffic can be moving and there will still a few clowns who have to tap out a quick horn riff, apparently just for the sheer joy of it.

But the San Martin-Fourth Ring intersection has a couple of special extra features that set it apart. For example, drivers proceeding clockwise on the Fourth Ring who accidentally get in the left-hand lane will soon discover to their shock and horror that they are in an unmarked left-turn-only lane. (The honking of drivers behind them when the left turn signal turns green will be their first clue.)

Similarly, drivers motoring in from the sylvan reaches of Urubo are given no warning that traffic approaching the light must divide into two lanes, one for drivers making a left-hand turn, and the other for drivers proceeding straight ahead. And if they're unlucky enough to be first or second in line they won't be able to see the double signals that are the only tip-off.

But as was indicated earlier, learning the ins and outs of Santa Cruz' strange and wonderful traffic patterns is just the start to enjoying the challenges and thrills involved in driving here. Consider stoplights.

The problem here is not that traffic lights here are ignored. The problem is that some are -- and some aren't. You just never know. A red light at the intersection where the Third Ring (External) meets Av. Banzer is, for example, always totally ignored.

On the other hand, lights at the major intersections of the Second Ring are scrupulously adhered to. This is because drivers there know that when the countdown finishes and the light changes, the cross traffic will come zooming out like a drag race start whether their car is still in the intersection or not.

Then of course downtown, after dark, the lights are treated mainly as suggestions.

Most vexing of all are the one-way streets that aren't marked at all, one way or the other, at the point where you enter them.

I was actually stopped once by a policeman for starting to turn the wrong way down one of these streets. The policeman, a well-tanned corpulent fellow with a gold tooth and impressive badge of rank on his sleeve, got out of his Jeep and asked with a Cheshire Cat grin if I knew I had almost turned into a one-way street. I said I was unaware of that, and noted that there didn't seem to be any indication that it was. "Where is it written?" I asked.

Unfazed, he replied that it wasn't written anywhere. It was the responsibility of drivers simply to know which streets are one-way. So there you have it.

The best advice I can offer someone trying to figure out whether a one-way street really is one-way is to look at how the cars are parked. If they all face in one direction, it's a real one-way street. If they aren't, it isn't.

Ignorance of the law is, of course, never an excuse, but nevertheless my wife did feel victimized when she returned to her car to find officers of the law affixing a boot to it. "How was I supposed to know?" she asked plaintively. The supervising office tapped a metal pole nearby that apparently once in an earlier era had had a "No Parking" sign on it.

But parking is a big subject by itself and a thorough discussion of it must be saved for another day. Let me try to close on a brighter note.

When people complain about the high-speed merging and corner-cutting habits of Santa Cruz drivers, I like to ask this question: How do you suppose drivers in the US, or other such over-policed jurisdictions, would drive if they knew, as Bolivian drivers do, that there was exactly a zero chance of getting a ticket? Would they be any better?