Expat Stories: Bolivia Has Something to Get Your Adrenaline Going Every Day (Part 2 of 2) 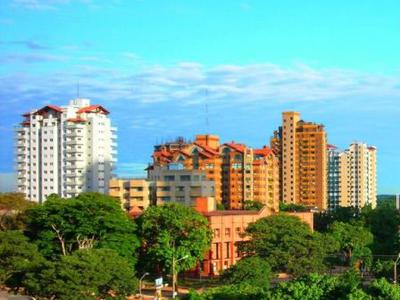 13. For those of you who have lived in Bolivia for at least 6 months, now that you are here, what have you learned about Bolivia that you did not know before?


Generally speaking, Bolivians are much more enterprising and energetic than we expected, but surprisingly disorganized. And Bolivians don´t trust one another very much (often with cause). My students who go to the US for college are amazed at the degree to which Americans count on the honesty of other people. That said, I feel the need to add that we have not yet been victimized in a major way by fraud, dishonesty, or corruption (though we know people who have). Having brought up the subject of crime, I should add that I am pretty sure crime levels are higher in Philadelphia (where we lived before moving to Bolivia) than they are here.

14. Is there anything about Bolivia that turned out to be very unexpected to you?

Not that I haven’t already mentioned.

15. What special skills or attitudes do you think a person or family needs in order to ensure their stay in Bolivia is enjoyable/successful?

16. Is there any reason you would NOT recommend Bolivia as a place to live, work or retire?

Its cities are dusty and dirty, particularly Santa Cruz, which has grown from around 800,000 when we got here to about 3 million now – and looks it. I am often reminded what someone once said of New York: “It´ll be a nice place – if they ever get it finished.”

17. What is the most negative aspect about living in Bolivia in your opinion?

See Question 16, above. Also, driving here is treacherous and seems to get more so every day, though I have lived in places where it is worse.

18. What are some of the most positive aspects about living in Bolivia in your opinion?

Costs, friendly outgoing people, a feeling that despite all the problems progress is being made. We feel physically safe. And we like our life.

19. Have you faced any unexpected difficulties while living here? Were you able to overcome those obstacles? Are they serious enough to cause you to want to leave?

We did not expect a quasi-Marxist president (Evo Morales) to be elected, and there have been some disturbing human rights violations including jailing people without trials and, in essence, exiling political opponents in one way or another. But the truth is that President Morales has governed with a greater degree of moderation than many (including us) expected. I would have to say that the political situation has been better in Bolivia since Morales was elected than it was during our first six years here, during which Bolivia had six different presidents.

20. If your children moved overseas with you, how did you prepare them for the differences in lifestyle or culture shock?

Can´t help you there. Our daughter, now 17, was three. We just sort of threw her into the pool – and, happily, she swam. She had difficulties with the language, but was able to learn Spanish in a matter of months. We used to make her translate for us. She did it, but hated it.

21. For future potential expatriates who are considering living in Bolivia, what advice would you give them (how to prepare, what to bring or not bring, etc.)

Bring your laptop and other electronics. You can buy them all here, but they cost more, and you are, I believe, allowed to bring in personal items like laptops and cell phones without paying duty. (Make sure your phone is not locked.) The big choice is whether to bring your household goods down, or buy everything when you get here. We did the latter and it worked for us. We had a big garage sale in which everything was for sale, except for some things we put in storage. If we had it to do again we would have put less in storage, which was expensive, but when we came we intended to stay for only a few years.

22. What are some of the things that were most difficult for you to accept or adjust to in Bolivia?

Just the obvious ones like the language. We did not feel challenged in any major way.

23. Prior to moving here, what aspects of living in Bolivia would you have liked to know more about or have more assistance with? Is there anything anyone could have done, or informed you about that would have made your choice to move to Bolivia, the relocation process itself, or your initial adjustment period easier, less stressful, less frightening?

As I said before, we were glad we came here on an exploratory visit to test the waters.

24. Hindsight is 20/20. If you could go back in time to the months before you moved to Bolivia, is there were anything you would do differently to prepare for living in Bolivia?

No, and it´s illusory to think you could´ve done much differently. For starters, in the months before you move you will have no spare time.

25. Just for statistical purposes, had you heard of BoliviaBella.com or Expat Services prior to moving to Bolivia? If so, which parts of our website were most helpful to you? What information would you like to see added for future potential expats?

No. But there was a blog by a family living in Santa Cruz just to tell what life was like here. Look around the web. There´s now loads of information.

Please click to read page 1 for this expat's responses to questions 1-12 of our survey.

Join in and write your own page! It's easy to do. How? Simply click here to return to Expat Stories.