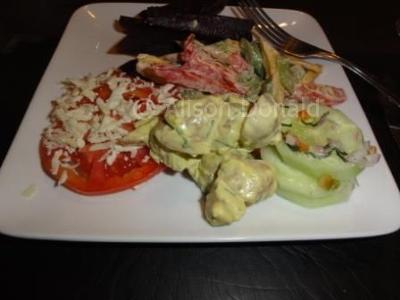 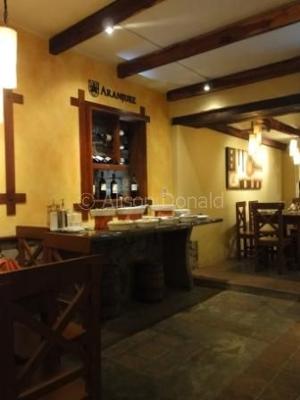 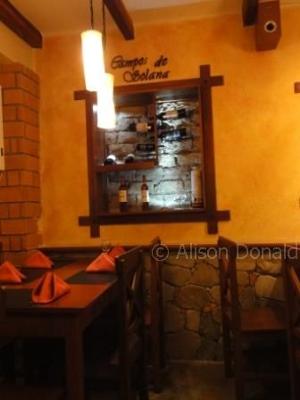 This is a place for serious meat-eaters. If you took a vegetarian here I am not sure what they might eat, apart from salad. They also have a VAST selection of wines including plenty of wines available by the half bottle and glass, all with only a modest markup over supermarket prices.

Whilst you are waiting for your meal you have a free run of the salad bar (included in the price of the meat) and bread and dips are brought to the table.

We wanted both medium rare but the vacio ended up being well done as we had accidentally been given a 400gram piece of picanha (which was cooked medium rare). It seemed a bit churlish to complain when we had basically ended up with free meat, so we didn’t say anything.

The reason I haven’t got any photos of the meat is that we got carried away with how delicious it was and basically wolfed it down.

You serve yourself with unlimited potatoes/ chips/ rice/ cooked vegetables from the warming trays.

Befitting a place designed for meat-eaters, they had only one dessert available. It is called “flan” here but I think it would go by the name of crème caramel in other parts of the world. Anyway it was delicious.

The service was maybe a little hurried and cooking the meat incorrectly is a bit careless but all in all a reasonable choice for a meat restaurant in Tarija. The better-off locals of Tarija certainly think so as on a chilly Wednesday night this place was almost full.