Do Bolivians Need a Passport to Travel to Argentina? 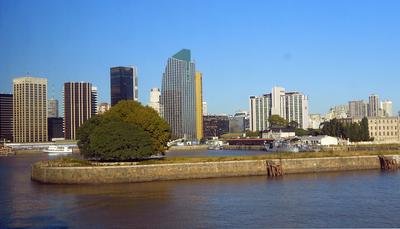 Do Bolivianos need a passport to enter and travel within Argentina or is their carnet sufficient??

This is a good question and I've taken the liberty to respond with a bit more detail than you requested, for the benefit of any other readers of this thread:

The short answer to your question is: Bolivians only need their Bolivian cédula de identidad to travel to Argentina. They do not need a passport or visa.

Bolivia is a member of the Mercosur

The Director of Immigration of Cochabamba, Marco Antonio Vargas, stated that with the agreement among the Mercosur countries, Bolivians require only their identity card to travel to Argentina, Brazil, Colombia, Costa Rica, Chile, Ecuador, Paraguay, Peru, Uruguay and Venezuela.

For the rest of the countries of America and other continents, a Bolivian passport and sometimes a visa are required. According to data from Universal Tours, Bolivians can enter as tourists with a passport to the Dominican Republic, Costa Rica, Haiti, Honduras, Panama, Indonesia, Lebanon, Malaysia, Nicaragua, Philipinas, South Africa, and Turkey.

To enter other countries, Bolivians must process a visa, in fulfillment of the different requirements imposed by governments.

In Bolivia, there are 27 foreign embassies in the city of La Paz, to process visas to different countries; however, some require Bolivians to travel to be approved. This is the case of Canada for example, said Morales, the visa must be aquired from the Canadian Embassy in Peru. The same goes for the visa for England, since the passport must be sent to Brazil to have a visa stamped into it.

The agreements with the countries of the Andean Community of Nations (CAN) and the Common Market of the South (Mercosur) allow Bolivians to travel through all the countries of South America and Panama with the sole presentation of identity card or passport.

Carlos Chanove, responsible for Visas and Immigration at the Bolivian Ministry of Foreign Affairs, explained that visas are classified by groups of countries.

He said that the first group does not require a visa to enter Bolivia as a tourist, a similar situation for Bolivians who want to travel through the CAN and Mercosur countries.

"At the immigration control post they present themselves with their passport if they are extra-community, but if they are community-based, that is to say from memnber countries of the CAN and Mercosur, only with their identity card is fine," he added.

Chanove said that the nationals of these integration organizations can stay up to 90 days if they are extra-community (not CAN or Mercosur) and if they are community members up to 180 days as a tourist.

What about member countries of the UNASUR AND CELAC?

Chanove said that governments are in the process of negotiating agreements and political consultation to consolidate the Union of South American Nations (Unasur) and Community of Latin American and Caribbean States (CELAC).

"An agreement has not yet been reached, but the exemption of visas would make it possible to travel with a passport or ID card, without visas, and this would cover a larger number of countries in Latin America," he said.

Requirements for processing a Bolivia passport:

The original valid identity card and a simple photocopy must be presented.

Only in case of children is it necessary to present a birth certificate and photocopy.

In addition, processing fees must be paid.

The passport application process can take up to 48 hours. Usually the delivery of the passport will be within 24 hours.

Only in some cases of renewal, which require verification of data by the General Director, the process may take a little longer.

What to do in case of a lost Bolivian passport?

First you must request the passport number from the Immigration office, then file a complaint at both the FELCC and Interpol. Then publish the complaint 3 days in a row in any national newspaper. Then send a letter of request to Immigration, for a new passport.

The cost to request a passport or to replace a lost passport is Bs. 515.00. This amount will not be paid to Bolivian Immigration officials. Instead, they will give you a bank account number and you will deposit the money into said account, then present the deposit slip to Immigration as proof of payment.