Could you help support this photo project in Potosi Bolivia? 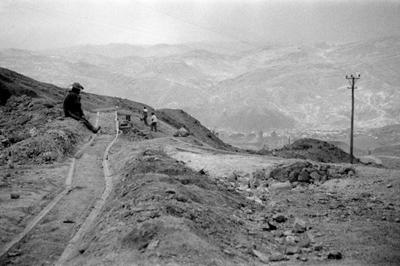 Hello, I'm a photographer currently working on getting together a photo documentary project about the miners in Potosi, Bolivia. I want to do a photo documentary project about the miners of Cerro Rico. It's a beautiful and terrifying place that has, according to lore, yielded enough silver to build a silver bridge from Bolivia to Spain. In reality, it does not fall too short of that claim - it was the biggest silver mine in the world and has been mined continuously for over 500 years.


I speak Spanish and have an invitation from a mining co-op to start this project. I want to take documentary photos as well as setup formal portrait sessions with miners and community members. In addition, I want to purchase old photos in the city (sold in antique shops) and display them with my images, to help give historical context.

Other facts about Potosí:
- Used to be the biggest, most populous city in the world
- Is the highest city in the world at 13,420 feet (I think this can change depending on the definition of "city" used)
- "Worth a Potosi" was a popular expression that meant something was worth A LOT. Now commonly referred to as "The mountain that eats men."
- More than 8 million people have died in Cerro RIco
- Used to be the richest city in the world.
- Women are generally not allowed in the mines, unless they are outsiders to the community
- Rampant child labor in the mine is a big problem
- Shafts are not planned - people dig and blow stuff up willy nilly
- There is a tourist industry surrounding the mine that brings tourists into working mines

I will use the money for airfare, film, processing, and any expenses while in Bolivia. I've applied for grants to expand the project, including to start a camera distribution, as well. My posted goal is the minimum to get started, but the more I raise the more comprehensive I can make the project and the longer I can stay to shoot! Please read more about it here.

I'm writing to inquire if you could post the project on your site to help spread the word and help raise funds. It seems your readers would have an interest in such an endeavor!

Thank you in advance! Irina Zhorov.