Climate and Weather in Potosi Bolivia 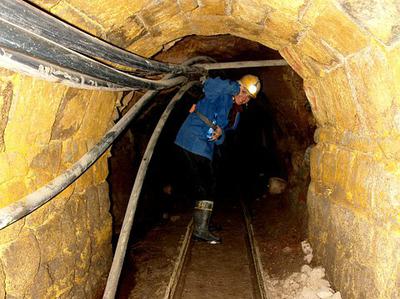 Potosi is located in Southwestern Bolivia and is one of Bolivia's nine departments. It's capital city, also named Potosí, is believed to be the highest city in the world, at 4090 meters (13,500 feet) above sea level. During the 1540's silver was discovered in the Cerro Rico (hillside). The Spaniards established the city and by the early 1670's it had grown to over 200,000 inhabitants making it the most populated city on Earth (and one of the wealthiest).


Because of it's altitude, Potosi is cold throughout most of the year. Temperatures average a mere 55ºF (13ºC) during the summer (December to March) and dip to below freezing during the winter (June to August). Rain frequently turns to hail or snow. Expect average temperatures of about 40ºF (5ºC) during the remaining 6 months of the year.

Even though the weather is cold, you should always protect your skin and face with lotions and sun block as it is easy to get sun and wind burns. And brace yourself for a biting cold at nighttime.

Return to our Climate Home Page for more details about the seasons, weather and climate in Potosí, Bolivia.

Join in and write your own page! It's easy to do. How? Simply click here to return to Potosi.