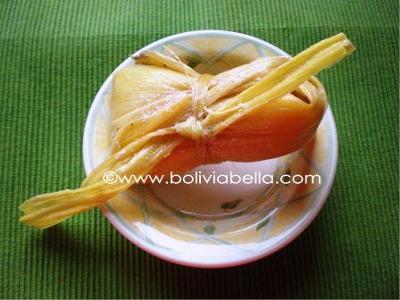 Bolivian cuisine is gaining in popularity and not just in Bolivia. As more Bolivians move overseas, and more travelers visit Bolivia, typical Bolivian foods such as the country's famous salteñas, and traditional Bolivian ingredients such as quinoa, chuños and coca are making their way into restaurants, stores, kitchens and cookbooks worldwide. Conversely, novel ingredients are now being included in Bolivian cuisine and "fusion food" restaurants can be found in every major Bolivian city.


Bolivian cuisine varies greatly from one region to the next, influenced by geography, climate, culture and history. For example, much of Western Bolivia is arid and mountainous. Here Bolivian food contains many grains. Carbohydrates such as potatoes and corn are common. Typical recipes include ingredients, such as quinoa and mote, which date back thousands of years to post-Incan times.

Eastern Bolivia is the country's agricultural and cattle-ranching region. It is also primarily tropical so vegetables and beef are included in many recipes. Fruit abounds as well, and is often included both in main meals (such as fried plantains) and in sweet and fruity desserts (maracuya mousse, for example).

To the South, in Bolivia's wine country, visitors can try Bolivia's unique Singani, along with dozens of wines made from grapes grown in some of the world's highest vineyards. Here the cuisine is more similar to that of neighboring Argentina with entrees, grilled beef and fruit-and-cheese platters being very common.

To the North and East recipes are often influenced by foods from nearby Brazil. Açai berry juice is one example of this.

Searches for Bolivian recipes and information on how to properly cook Bolivian food have increased exponentially over the past few years on BoliviaBella.com Our Bolivia food forum has become one of the most frequently viewed pages on the site with visitors from all over the world writing in with questions and Bolivians responding from many different countries. Visit the following pages to learn more about Bolivian cuisine:

In our Bolivian food forum you can ask questions or share your knowledge about Bolivian cuisine. Join in!