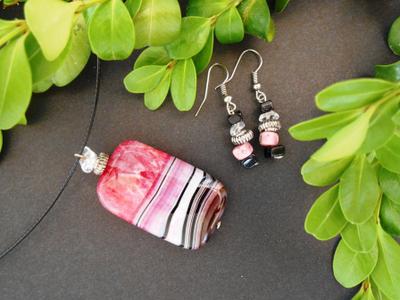 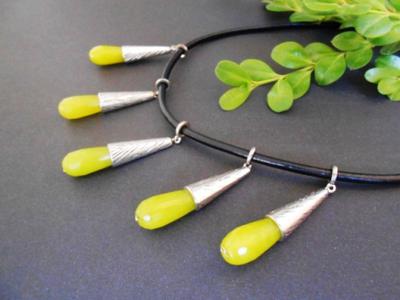 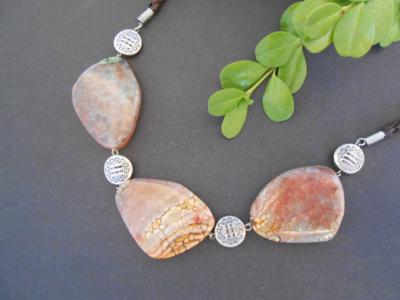 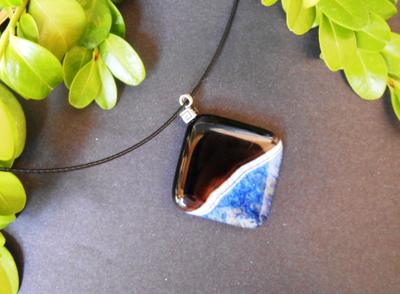 Agates, which are found all over the world and in many different colors and patterns, are some of the most versatile stones for jewelry-making. Even though they are very common, agates are considered a semi-precious stone because the color and design vary so greatly even in a single piece of rock. Every polished agate produced is unique and no two pieces of jewelry will ever be exactly the same.


Agates are a variety of very finely-grained cryptocrystalline quartz called chalcedony, which forms when fluids rich in dissolved silica seep into cracks or hollow cavities in another rock. Agates can be found in almost any type of host rock, but most are found in ancient volcanic lava. During igneous rock formation, gases escaped through cracks leaving cavities into which silica molecules seeped, gradually filling the space over millions of years, layer after layer, often mixing with other mineral impurities. When superheated, these layers or bands had a gelatinous consistency, but slowly crystallized as they cooled, forming bands of alternating colors.

There are hundreds of types of agate and they come in almost any color imaginable; however, the two rarest colors of agate are green and blue. Methods were also developed in Idar-Oberstein, Germany to dye agate stones, either to completely change their color, or to enhance or deepen an already existing color. Blue lace agate is the most recently discovered type of agate, having been found in 1967 for the first time in a seam on a farm in Namibia. Its color is caused by the presence of a particular copper mix and has since been found in Brazil, China, India and the United States as well.

Surprisingly, agate is harder than steel but more brittle. In jewelry of course, small or thinly-cut agates can be very fragile and can break when dropped. Agate jewelry should also be worn with care and should be stored separately or wrapped, as agates can become scratched and lose their beautiful polish.

Agate was named after the Achates River (known today as the Drillo River) on the island of Sicily, Italy by the Greek naturalist and philosopher Theophrastus in about 315 B.C., although it was used as a gemstone by the Egyptians as much as 3000 years ago. It is traditionally a September birthstone.

Superstitions and lore: agate is believed by some to improve memory and concentration, cure insomnia, increase stamina, protect against danger, and act as an emotional healer by helping the wearer calmly face and accept circumstances and increase analytical and problem-solving abilities.

Although there are mines on nearly all continents, most of the world's agate is mined in Uruguay and Brazil. Picture Jasper, which we also use in our jewelry, is also a form of agate. The agates used in Charisma Bolivia jewelry are imported from both neighboring countries, but primarily Brazil.