20 things to know before you move to Bolivia 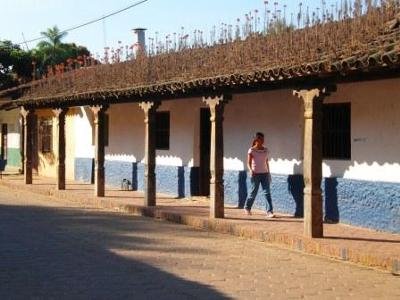 1. Know you are not alone. There are many expatriates in the same situation, feeling lost and confused and having a hard time getting adjusted. This is NORMAL. How much effort you make to learn about your host country is up to you. Therefore how you manage to get through this initial NORMAL and TEMPORARY phase, also depends completely on you.


2. Know that Latin Americans are very hospitable most of the time and make a greater effort to know you if you accept you are a guest in their country and don't expect everyone to treat you like a king or queen. If you are here unwillingly (your parents made you, your job made you) at least be gracious about it. Don't mope. Treat people in your host country as you would any other host. Politely, with kindness, and with respect. Fake it if you have to. Your happiness here will eventually end up being real if you do.

3. You should make a concerted effort to get to know the people and culture of the new country you are living in. Nothing irks Latin Americans more than "gringos" who make no effort and only hang out with other foreigners. It gives the impression you are in their country either involuntarily and are not enjoying it, or you are only there to make money (take advantage of them) and then leave. They hate that. Besides, who wouldn't want to get to know South America's cultures? They're wonderful!

4. You don't have to speak Spanish or Portuguese perfectly but you should at least show you make an effort. Don't expect the locals to speak your language. After all, you are the outsider, not them. Most Latin Americans love to practice their English or other languages, but will respect you more if you try to speak their language. They don't expect perfection. Even if your grammar or accent are awful you'll get more respect by showing you tried. Wouldn't you feel the same about foreigners in your own country?

5. You should mentally prepare your kids prior to coming. This is really important. Talk to them about the country, learn about it online together, get them excited about living in a new culture, talk to them about the advantages. Explain to them why you are moving. Let them vent about their worries and confusion, their sadness, apprehension and anything else they feel. If you do this prior to leaving, they won't have to do it as much when you get here (which is worse). Do this regularly during the weeks or months before you come and the arrival will go much more smoothly. To not do this is to literally be an irresponsible parent. It's your job. Do it.

6. Get all your vaccinations, medical, ocular and dental checkups done before you come. Health care in Latin America is cheaper, but you get what you pay for. (There are some great doctors and medical centers you just have to know them really well and know where they are). As a newcomer, you may not know this. Prevent rather than cure.

7. Find out about electrical currents, voltage and usage before you pack up a ginormous container with dozens of huge household appliances that will not work here. As in Europe, many countries use 220V electricity, not 110V. In some countries they use both and it depends on the city! And in some countries, most appliances are run on natural gas, not electricity. It isn't difficult to find out.

8. If you are on special medications for anything, do your homework and find out if they are going to be available for you locally and if you will need a prescription or not. ALSO find out if they are available under different BRAND NAMES. Many foreigners think their medication cannot be found here, only to find it's sold under a different brand name and costs many times less than in the US, Canada, Europe and other countries. Brazil, Argentina and especially Chile have enormous pharmaceutical companies that make most medicines found in other parts of the world under different names (and MUCH cheaper).

9. Don't assume your cellphones will work in South America. Many countries use a completely different type of grid. Getting your cellphone adjusted to work with it can cost more than purchasing a new one down here.

10. Find a good mail service in your country that will receive and forward you your mail. For the most part, South American postal services suck!

12. Most of your fears and apprehensions are based on incorrect stereotypes. If your source of information is a newspaper - ugh. Get your information from other expats. Look for sites like this and other expat sites. The truth is you should even try to get informed by locals if you are able to. Expats don't always live in a 'real' world overseas.

13. In South America you should practice the same safety precautions you do in your own country. Don't flash your money, jewelry or cameras around. Just being a foreigner already sets you apart as a possibly 'monied' target. No use confirming it for everyone. Don't wear any jewelry in open street markets. It's not uncommon for it to be ripped off. Rather than risk injury (or losing an earlobe) just don't wear it.

I didn't do it.
I don't agree.
I need a lawyer.
Call my embassy.
Where's the bathroom?

15. Most Latin American countries dress more formally for dinners and evenings out. We're not talking prom dresses, but definitely no cut-off shorts, sneakers or ripped clothing.

16. If you are invited to someone's home, never arrive with your hands empty. Always take a little something for your host or hostess, or their children.

17. In general, Latin Americans don't open gifts they get at parties or other occasions in front of their guests. It is considered impolite and snobbish to do so. It makes people feel like they are in a competition to be the best gift-giver.

18. Read up on common courtesy and etiquette in social, business and dining situations. Did you know eating a meal with one hand on your lap is understood as "you are not to be trusted?" There are a lot of small things we do with our body language than can seriously influence how well we get along with locals and how much of their confidence we can gain.

19. Every expat I know buys pirated CDs and DVDs. However they don't always realize they are doing so. Pirating CDs and DVDs is so common down here that they are frequently sold on the shelves of well-known high-quality stores. However, I have never seen a pirated CD or DVD that didn't have a spelling mistake or two.

20. Ask for permission before you take photos of people. Would you appreciate tourists or foreigners taking your photo home or who knows where with them for reasons unknown? In addition, many indigenous people in South America believe that cameras capture their souls and that you are stealing them. They greatly fear the day they will die soul-less. Respect that.

Have a great time! Learning about other cultures makes you wiser and cooler. Don't fear it. Absorb it.

Do you already live in Bolivia (or have you in the past?) Share your thoughts or add to this list. What you would you suggest foreigners be aware of before moving to Bolivia?