My Very First Superbowl Ever! An Expat View of American Football. 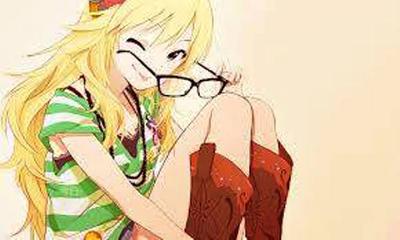 I wrote this last year and I just realized the 2015 Superbowl is coming up this Sunday! And I still don't know any of this!


Last night, in an attempt to regain some of my long lost American-ness after living overseas for so many years, I watched my very first Superbowl ever. I should mention... it's only the second American football game I have ever watched.

I like sports and I get extremely competitive and start shouting and stuff when I understand the sport... but last night I had no idea what I was watching. I don't understand the game, or how the scores are calculated or what each of the players is supposed to do and there wasn't anyone at home who could explain it to me. The narrator guys just sounded like auctioneers - all numbers - so they were no help to me at all either... but I did actually try very hard to understand and interpret the plays I was seeing on the screen and this is what I have learned:

a) First let's clear up the whole football vs. soccer thing. In the rest of the world, "football" is actually soccer. You play with your feet, that's why it's called foot-ball. So for anyone outside the U.S., it's kind of hard to understand why Americans call their game "foot-ball" because the ball actually spends most of it's time being carried and thrown around and ultimately smothered under piles of huge men.

b) Because of the above, I (naturally) thought that a team could only get points if they actually got the ball through the big tall goalposts at the end of the field... because that is the part where the players actually finally use their feet. I learned last night that even if they don't do that, they can still get some points! It is enough to simply run with the ball to the end of the field and yell "Touchdown!"

c) After learning that, I then thought a team only got points if the player who did the touchdown actually touched the ball down onto the grass. I thought that's why it is called a "touch-down". But apparently... that's not necessary either. It doesn't actually have to touch anything. You still get points as long as you just stand there holding it in the end zone... with your hands!

d) Kicking the ball through the posts at the end of the field is called a field goal. I'm sure I heard the narrator guy say it several times. I played "soccer football" in high school and college and I'm a goalkeeper so I do know what a goal is. However, I've been told that in American football "He made a goal!" is not the right thing to yell when a team makes it to the end zone with the ball.

f) I do NOT understand why if you do a touchdown you get six whole points, and but if you make a field goal you only get one point. Because I figure if you call your sport "football" then the one where you use your foot... that should be the one that gets you the most points.

g) I didn't understand why the narrator guys kept talking about tight ends but I'm sure it must have something to do with those uniforms.

h) On the subject of uniforms... IMHO... little white tights are probably not the fashion statement you want to make if you're a 300-pound guy and your job requires you to spend a great deal of time with your arse in the air.

i) My favorite part of American football is the part where they count some numbers and then all the guys start smashing into each other. These guys... they train for hours and hours every day just to go 1-2-3 smash!! The whole thing is all over in about 5 seconds and they get paid millions for that! Sometimes they even break stuff! That's so hot!

j) I learned a few days ago that the smashing into each other part is called a tackle. In my family of avid fishermen, tackle is just the opposite. It's something you take with you to the lake before you quietly slide down in a boat to wait... sitting completely motionless... not saying a word... for hours and hours and hours on end... and did I mention you don't move a muscle the whole time...

k) I'm still not sure why they always yell "Ha!" right after they get done counting and start throwing the ball. Maybe it's just to warn the other team that they're about to get smashed. Or is it to distract them so they won't catch your runner guy?

l) Speaking of which, why do they call the guy a "running back" when his job is to run forward? I don't get that either.

m) I still have not figured out what downs are or how they count them. I kept hearing "two downs" "three downs" etc. I thought they were counting how many times the players are taken down but after a while there were more players down than the narrators were saying... or maybe they just lost track.

n) Also, I still don't understand why a team gets to keep the ball if their player got tackled by the other team. Because if the other team obviously did their job... which was to viciously take him down... shouldn't it be their turn to hold the ball now?

o) The only other football game I ever went to was the New York Giants and it was really just one of their practice games. They used to practice on a field at Pace University near the McDonalds where I worked as a teen in New York and the whole team would come to us every single day for lunch. From them I learned that the reason the tackler guys weigh 300 pounds is because they can scarf down up to 7 Big Macs each, 5 days a week. I only remember one of their names and it's because he was the only thin one on the whole team. I always used to think that it was funny because he was the one with a healthy sounding last name (Strawberry)... Oh wait. Nevermind... those were the baseball guys...

p) I don't understand why everyone blames the quarterback when a team loses. In soccer football everyone knows the ball has to go through 10 other players before it even reaches the goal, so you don't just go around blaming the goalkeeper. Why does the quarterback always get the blame? Doesn't sound very fair to me.

r) Why do they call it a Superbowl when it has nothing to do with bowling?

s) I'm really looking forward to learning more stuff ... like what they mean by "stack the line"... I thought professional players weren't supposed to do drugs so I'm pretty sure the true meaning of that was lost on me...

t) I think I would really learn to love American football if I actually got to do all the fun stuff associated with being a real fan... like, I soooo want to smear myself up with body paint and wear a one of those cool wigs... and learn all the correct things to yell... like NOT "He made a goal!" ...

So that's the extent of my American football knowledge so far... but I'll be back next year... I was told right before watching the Superbowl that American football is actually a very complicated game of strategy and I know that it must be true... I would want to have an exit strategy too if I knew I was about to get chased around by a bunch of enormous men.